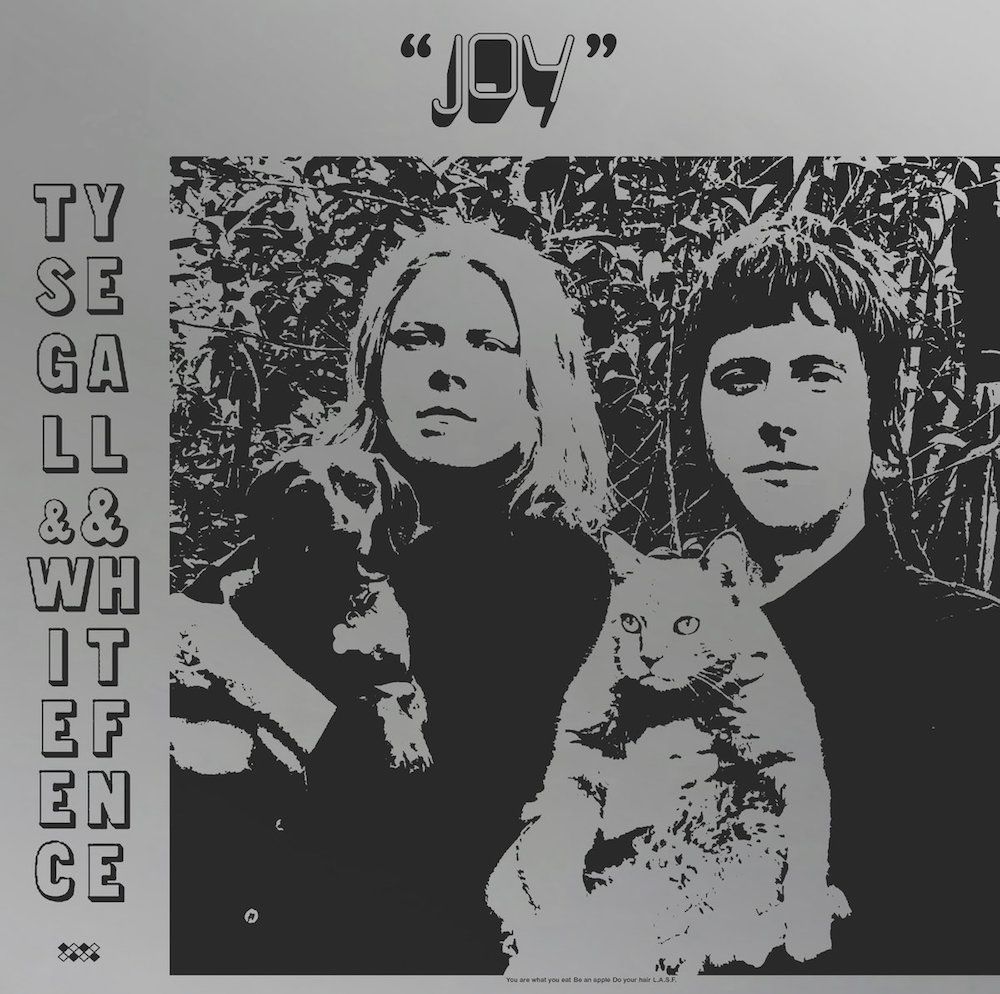 White Fence is Tim Presley’s vehicle for garage rock and psychedelic expression, his one-man recording project that has gone eight albums strong since 2010, and two of them are written and recorded with the prolific Ty Segall. Joy is the follow-up to White Fence and Ty Segall’s 2012 release, Hair, also from Drag City Records. This album plays less like a collection of songs and more like a singular musical composition broken up into movements. Clocking in at thirty minutes, most songs are around two minutes long or under.

A song called “Beginning” cannot be more fitting of an introduction to an album with its meandering bassline and guitar work that invokes 1960s psychedelia and surf rock. Songs like “Good Boy” and “Hey Joel, Where You Going With That?” are lyrically and sonically reminiscent of The Beatles, and Segall makes an obvious admission to this when he sings “yellow sandwich submarine,” This is where Joy really takes off. The songs are groovy and fun. Segall’s voice is gentle and trippy, otherworldly, warping, slightly creepy. Tim Presley’s bass lines consistently bounce and act as backbones to each song.

Segall’s lyrics are often intentionally nonsensical and often surreal, yet you may be able to find a particular meaning in it all the same way critics found meaning in John Lennon’s lyrics when he was at his most absurd.

There’s a bit of a narrative laid out in Joy, an idea of a protagonist leaving home to set off on a journey, to find happiness. This might be something autobiographical, as Segall’s lyrics often are, connoting loneliness and his thin relationship with his mother. It’s hard to say given such sparse lyrics, but they could be suggesting that he sacrificed his relationship with his family, who may have wanted him to live a normal life with a salary job, to pursue his dream of being a musician. The self-reflective “A Nod” brings this notion forward as he sings, “tried to please my mother / tried to please my father / tried to please everyone but me.”

Later in the album, the lyrics become condemnations of a capitalistic lifestyle and a need to be surrounded by supportive people in terms of one’s dreams and desires. Segal rejects the complicated necessity for cash, preferring a simpler lifestyle of just being around caring people.

“Other Way” is a straight up punk song, but it fits into Joy in the sense that it’s like a sudden dark point of an acid trip. It almost sounds scary in comparison to the rest of the songs. Ty Segall sounds like he’s singing, but it’s not really a melody. It’s more of a shaky wail. This song adds an interesting narrative effect to the album as a whole as if you ran into a monster along the way in your trippy journey and needed to run the other way as fast as you can. But as Segall sings “you look the other way,” I can’t help but think that this song is his expression of angry resentment towards loved ones who look down on him for doing what he loves.
“She Is Gold” is a climactic point of Joy, clocking in at over five minutes, the longest song on the album, beginning with a patiently simmering jam and building up with rolling floor toms and a persisting guitar solo to an energetic ending that fades out. This is the energy that makes Joy worth listening to. It’s an exploration of what it means to find happiness and how it may conflict with the happiness of others. It’s lyrically endearing and sonically whimsical.