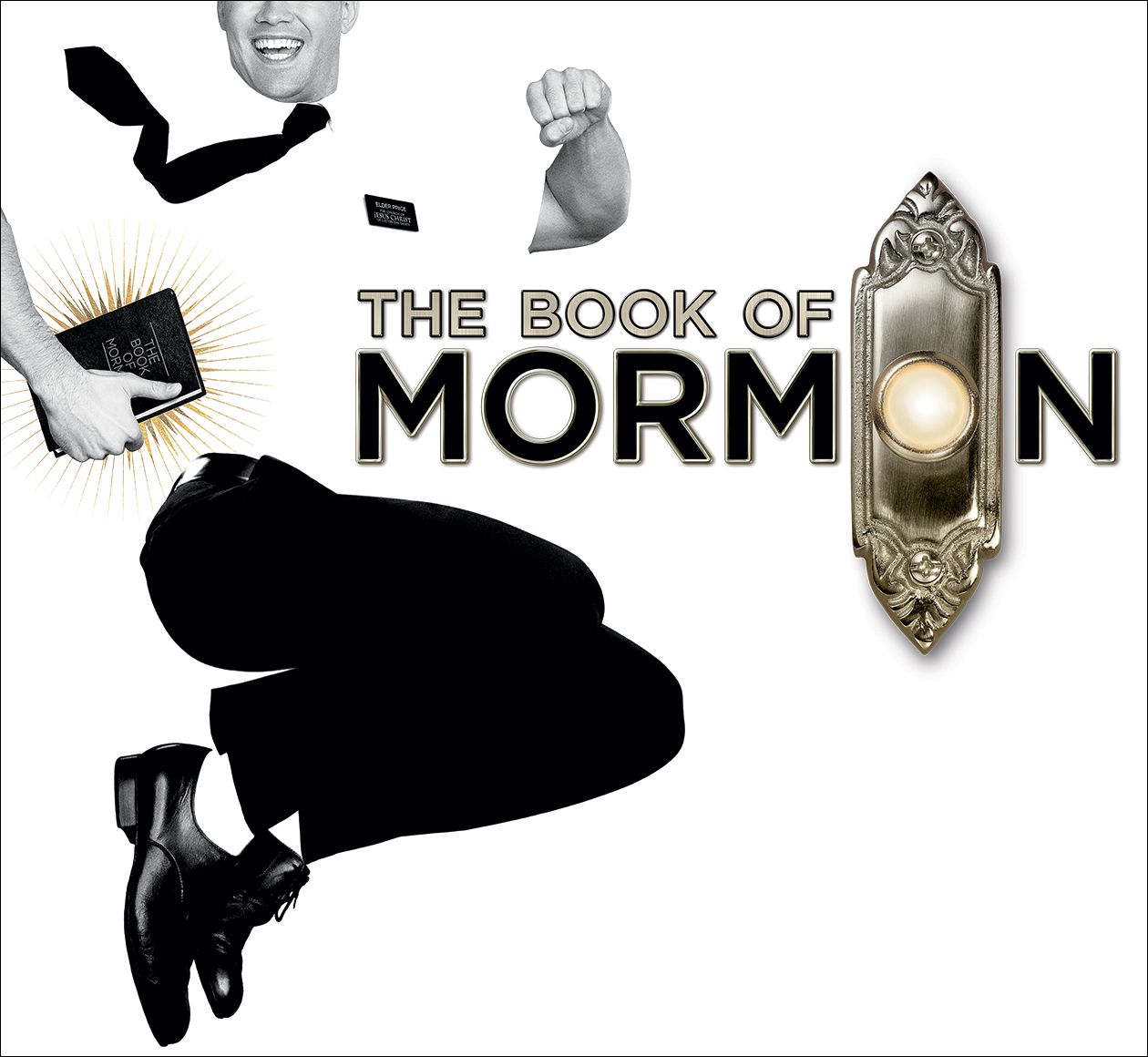 IMPRINT was in the seats of the Fox Theater in Atlanta for a weeklong run of performances of the hysterical musical, The Book of Mormon. Matt Stone, Trey Parker, and Robert Lopez are the writers of the script, music, and lyrics. You may recognize Stone and Parker’s names as the creators of the long-running animated television program, South Park. Robert Lopez is previously known for co-creating Avenue Q, another successful musical. He has also composed songs for Disney animated films.

The Book of Mormon is the first stage musical from Matt Stone and Trey Parker, although they’ve always incorporated music in South Park episodes and in their films. Their first film is called Cannibal: The Musical, obviously a musical film. South Park: Bigger, Longer, and Uncut also incorporated roughly twelve musical numbers. Stone and Parker grew up in Colorado, which means they got to experience plenty of Mormon missionaries ringing their doorbells and insisting on spreading the word of their scripture. The Book of Mormon first appeared on Broadway in 2011 and has since garnered nine Tony Awards, one for best musical.

The story is about two Mormon missionaries, Elder Price and Elder Cunningham, played by Kevin Clay and Conner Peirson, respectively, who are sent to Uganda to convert the natives to Mormonism. Upon their arrival, they are shocked by the reality of the violence, disease, famine, and destitution that the people are subjected to, and it seems that Mormon scripture isn’t all that helpful. The Book of Mormon is a commentary on the nonsense of Mormonism through the missionaries’ devotion to it, but also on religion in general.

The Mormon missionaries are portrayed as naive, sheltered, and childlike. They weren’t trained to deal with people with disturbing diseases or warlords who threaten the safety of others. The Book of Mormon is a bit of a coming-of-age story in the sense that the Mormon missionaries have to mature faster than they’d like within this mess they’re in. The musical has a buddy movie feel, focusing partly on the unusual companionship of Elder Price and Elder Cunningham, two opposites who have to connect with each other in circumstances that are less than comfortable.

The characters are goofy and caricaturistic. The missionaries speak with nasally, high pitched voices, reminiscent of the cartoon characters of South Park. The characters’ dialogue and the movements of the choreographed dances are hilariously exaggerated. The humor in the music often comes from the melodramatic sincerity of singing show tunes and ballads in a place where nobody should be all that happy or hopeful about anything. There’s plenty of irony to please any purveyor of stage comedy, especially when the Mormon missionaries sing a song called “We Are Africa.” It’s funny because they definitely are not.

The Book of Mormon is full of Matt Stone and Trey Parker’s signature explicit humor. Throughout much of the show, there is a character, played by Andre-Chance Goddard, who happens to be the village doctor, who declares excitedly that he has maggots in his scrotum, a callback joke that gets funnier every time he says/sings it. There are also plenty of jokes about AIDS and female circumcision. This is the type of humor that Stone and Parker go for. They have a tendency to provoke people with gratuitously crude jokes. In past interviews, they admit that they don’t do it intentionally, but they are just offensive people. Stone and Parker only want to “put on a good show.” They just want to create something funny and enjoyable, and if it ends up offending people, then so be it. Even if this play isn’t for everybody, at times I couldn’t hear the dialogue because the laughter was too loud. There’s no doubt that this musical is hilariously offensive.