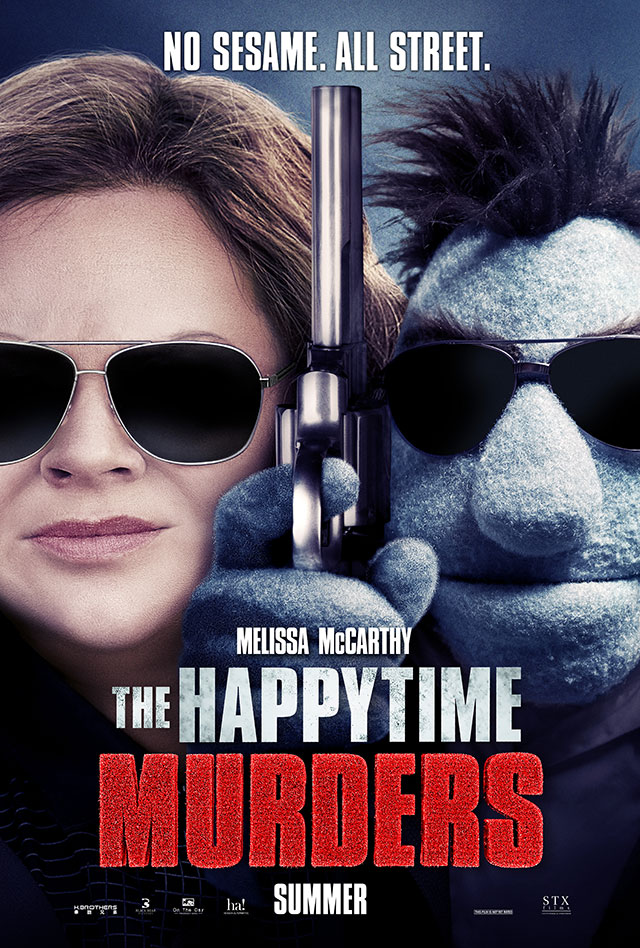 Are you looking for a good time? Do you like watching puppets do raunchy things to each other? Then look no further than “The Happytime Murders,” directed by Brian Henson, son of Jim Henson, creator of the Muppets.

Brian Henson had a role in the production and direction of many of the Muppet films and shows, so it seems that this is his way of extending his reach from children’s entertainment into adult comedy.

“The Happytime Murders” is a whodunit mystery. We follow Phil Philips (Bill Barretta) as he tries to uncover who is killing off the cast members of “The Happytime Gang,” a puppet sitcom from the 1980s going into syndication. Elizabeth Banks plays Jenny, the only human character from the sitcom and Philips’s former squeeze. Melissa McCarthy is Detective Connie Edwards, Philips’s former partner when he was on the force. Maya Rudolph, Joel McHale, and Leslie David Baker round out the movie in supporting roles.

The humor is kitschy and crude. There’s some ridiculous sexual puppet imagery, which includes bodily fluids flying across the room in the form of silly string. There’s also some drug use, but it’s drugs that only a puppet would use, until Melissa McCarthy shows up. These sorts of obscenities juxtaposed with the wholesome pretense of puppet characters is where the humor comes from. It’s debauchery displayed by characters who shouldn’t be behaving this way, who should be making children laugh. Henson knew he could be extra brutal with the puppet killings, as the puppets are of course made out of fabric, so he took that to a gratuitous level as well.

The problem with “The Happytime Murders” is its lack of originality. We’ve seen all of this before in Matt Stone and Trey Parker’s “Team America: World Police” and Peter Jackson’s cult classic, “Meet The Feebles.” Audiences might appreciate the sick humor of “The Happytime Murders” because this is another movie that places puppet characters in depraved situations, which is obscenely fun, but the lack of innovation here can’t be brushed aside.

In the world set up within “The Happytime Murders,” puppets and people coexist together with puppets being socially devalued as secondary or inferior to people. Does this remind you of anything? It’s “Who Framed Roger Rabbit?” all over again. There are certain points when the dialogue plays with the notion of racism against the puppet community, which would have been interesting and unique if they delved deeper into the subject, but these moments are too few and far between.

Just like “Who Framed Roger Rabbit?,” this film uses obvious elements of film noir, such as Philips being a private investigator forced into one bad situation after another who is visited by Sandra Jakoby (Dorien Davies), a puppet woman filling the role of femme fatale and using her sexual appeal to manipulate Philips. There is an ample amount of tension that makes the story compelling, as we look for clues along with Philips as he tries to solve the mystery, but that’s generically how the whodunit works. Considering the overall style and substance of “The Happytime Murders,” there just isn’t anything inventive here. Then again, it’s a bad idea to expect a movie like this to have much substance. It’s not a great film by any means, but it’s worth a laugh.