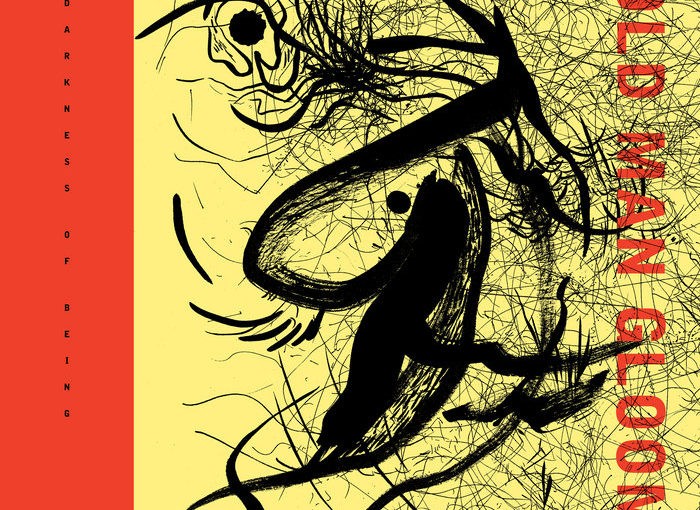 Aaron Turner has been a staple of the Boston metal and hardcore scene throughout the ’90s and early 2000’s as a musician and entrepreneur. He founded the prolific independent label, Hydra Head Records, which he used to help shape the Boston scene by distributing albums from local bands and giving them sonic reach. Collaborating with musicians on an international basis, Turner has become a more ubiquitous force, yet still holds strong ties to the musicians with whom he cut his teeth. That said, he and his longtime comrades as Old Man Gloom have returned with a new pair of sibling albums (which is not unusual for the band) through Profound Lore Records: Seminar VIII: Light of Meaning and Seminar IX: Darkness of Being.

Old Man Gloom began as a project between Turner and drummer Santos Montano with help from Luke Scarola on electronics while recording. They eventually grew to include fellow Boston hardcore players Caleb Scofield of Cave In and Nate Newton of Converge as full-time bassist and guitarist, respectively. Since Scofield’s abrupt death in 2018, Cave In bandmate Stephen Brodsky took over as bassist. Both Seminar VIII and IX are undeniably born from the grief over the loss of their brotherly bandmate.

These albums are atmospheric exercises in extreme metal and hardcore punk. Turner and Newton trade off on vocal duties, and Brodsky lends his smooth voice on a couple of songs. Newton’s higher register, mildly melodic scream complements Turner’s low growl. However, there are exceptions to the aggressive vocals, such as the beginning of “Calling You Home,” as Newton softly talks/sings in a style reminiscent of Bauhaus singer Peter Murphy. Old Man Gloom has always played with quiet to abrasive dynamics. From the massive strike downs of “Wrath of the Weary” to the faint acoustic ballad “Death Rhymes,” the Boston supergroup plays across a vast emotional soundscape. A band like this goes for spatial tone over technical savvy.

This collection of songs, unlike previous releases, boasts raw, meditative energy. It feels less produced, a little looser. There are elements of improvisation, drawing from Turner’s work in his main band, Sumac. Turner can be heard soloing throughout the two albums, his dramatic guitar work wailing and bawling, whether prominent or low in the mix. In “Canto De Santos,” sounds are scattered as if the band is setting themselves into a trance-like state, aiming to perform with the right kind of potency. “In Your Name” eases in with a snare drum roll akin to 18-19th century battlefield drummers, which fits the explosive sound that the rest of the song brings. The twelve-and-a-half minute track builds up to a guitar solo over a heavy blues riff. The classic feel is unusual for a band with such an experimental sound, yet they ascend into the solo seamlessly.

Old Man Gloom are masters of building momentum, increasing the strength and heaviness with riffs and bulldozing drums. “Procession of the Wounded” is relentless right off the bat and features a crushing guitar riff that spans the entire song and never loses power. Background keyboard notes add a delicate, unexpected dynamic, especially in the last few seconds when the keyboard notes are left alone. Although only a little over four minutes, it sounds like it lasts twice as long. “Final Defeat” builds onto itself until it is mostly a cacophony of layered vocals and noise. “Canto De Santos” begins patiently, methodically. Soon enough, the other instruments creep in, first with a steady pounding kick drum, then joined by beating guitars and crashing cymbals.

Some tracks are less experimental, more derived from the familiar tropes of heavy music. Songs like “EMF” and “True Volcano” are fast and punchy, colliding with the listener’s auditory senses. “Heel to Toe” features a standard verse-chorus form, while squealing feedback in the chorus gives the song unrefined intensity. “The Bleeding Sun” starts slow and sludgy, then pummels with a classic hardcore punk beat and strumming pattern familiar to fans of Converge. After the build-up, “Canto De Santos” erupts into galloping drums and features a frenetic noise guitar solo towards the end of the ten-minute track.

Like previous releases, Seminar VIII and IX are laced with electronic sampling and ambient sounds. Although often difficult to discern, the electronic ambiance provides a naturalistic, yet futuristic vibe. Many songs are bookended by droning sounds and noise. “EMF” begins and ends with a sample of what sounds like a suffering animal’s moans. “In Your Name” closes with ambient sounds of wreckage, or possibly clicking machinery, leading to the next track. It’s a way of connecting the songs, eliminating the need for closure, and allowing them to bleed together as parts of a larger scheme. However, some songs have distinct beginnings and endings, such as the rigorous “Procession of the Wounded” and the following two tightly composed tracks. Still, there are momentous stretches throughout both albums that make it a singular cohesive listening experience.

Compositionally and thematically, Seminar VIII: Light of Meaning and Seminar IX: Darkness of Being reflect aspects of each other, tying them together. “Procession of the Wounded” takes a short riff from “By Love All is Healed” and stretches it out into a full song. “Calling You Home” and “Canto De Santos” share a lyrical parallel in making a declaration of “watching” and “waiting” during climactic points in each song. The closing song for each album has love in the title (“By Love All is Healed,” “Love is Bravery”). A heavy feeling of loss pervades Old Man Glooms’ newest releases. Longtime fans of the band may notice something indescribable missing in this collection of songs. Yet, these songs are a way of coping and documenting grief and loss, as well as commemorating how much Scofield meant to the band.